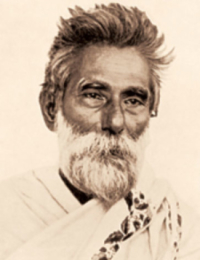 Acharya Prafulla Chandra was born on 2 August 1861 in Raruli-Katipara, a village in the District of Khulna (in present day Bangladesh). His early education started in his village school. After attending the village school, he went to Kolkata, where he studied at Hare School and the Metropolitan College. The lectures of Alexander Pedler in the Presidency College, which he used to attend, attracted him to chemistry, although his first love was literature. After obtaining a F.A. diploma from the University of Calcutta, he proceeded to the University of Edinburgh on a Gilchrist scholarship where he obtained both his B.Sc. and D.Sc. degrees.

In 1888, Prafulla Chandra made his journey home to India. Initially he spent a year working with his famous friend Acharya Jagadish Chandra Bose in his laboratory. In 1889, Prafulla Chandra was appointed an Assistant Professor of Chemistry in the Presidency College, Kolkata. His publications on mercurous nitrite and its derivatives brought him recognition from all over the world. Equally important was his role as a teacher – he inspired a generation of young chemists in India thereby building up an Indian school of chemistry. Famous Indian scientists like Meghnad Saha and Shanti Swarup Bhatnagar were among his students.

Prafulla Chandra believed that the progress of India could be achieved only by industrialization. He set up the first chemical factory in India, with very minimal resources, working from his home. In 1901, this pioneering effort resulted in the foundation of the Bengal Chemicals and Pharmaceuticals Ltd. Today, Bengal Chemicals is a trusted name in the field of Home Products, Pharmaceuticals and Chemicals with a rich heritage for more than 100 years.

He retired from the Presidency College in 1916, and was appointed as Professor of Chemistry at the University Science College. In 1921 when Prafulla Chandra reached 60 years, he donated, in advance, all his salary for the rest of his service in the University to the development of the Department of Chemistry and to the creation of two research fellowships. The value of this endowment was about two lakh rupees. He eventually retired at the age of 75. In Prafulla Chandra Ray, the qualities of both a scientist and an industrial entrepreneur were combined and he can be thought of as the father of the Indian Pharmaceutical industry.

Soon BCPW became the first Indian Company of its kind to manufacture quality Chemicals, Drugs, Pharmaceuticals and Home Products, employing indigenous technology, skill and raw materials. for production of quality Drugs & Pharmaceuticals and Chemicals with indigenous technology to cater the needs of millions of common people, foster growth of Indian Industries, compete with imported goods and to become self-sufficient. Incidentally, it may be noted here that some of the products, namely Fire Extinguisher, Surgical & Hospital Instruments, Talcum Powder, Tooth Paste, Glycerin Soap, Carbolic Soap, etc. , which were very popular during that period, were discarded subsequently, considering that products were not remunerative based on prevailing market scenario.

Acharya Ray’s nationalistic outlook and sense of patriotism brought the national leaders, like Mahatma Gandhi, Shri C R Das, Shri Subhas Chandra Bose, Pandit Jawaharlal Nehru and many other stalwarts. Besides this, Shri Rajsekhar Bose, the noted writer, was also associated with Acharya P C Ray. He also happened to be the Manager of BCPW. All of them never missed the opportunity of getting in touch with Acharya P C Ray at the critical hour of the need of the Company.

Under stewardship of its founder, BCPW went on accumulating glory and success accompanied with expansion of its production facilities. From humble beginning with one Factory in Maniktala( Kolkata) in 1905, three more Factories were established one in Panihati (North 24 Pargana, West Bengal) in 1920, one in Mumbai in 1938 and one in Kanpur in 1949 with its Registered Office at 6 Ganesh Chunder Avenue, Kolkata – 700 013.